I can’t help it, I like Nix. Her demonic little self is bad ass, gory, on the run, and dragging her latest human 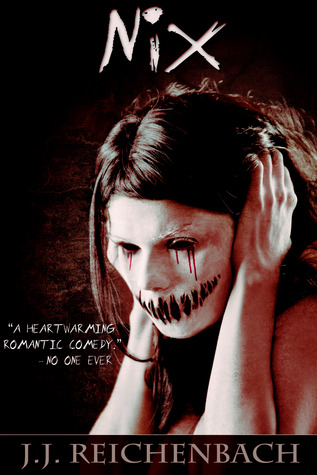 victim along for cover. When she finds that the latest hunter idiocy will not only destroy her race but the humans too, well she just can’t let that happen.

Okay, you need to understand this, I don’t read horror and I don’t like gore. So this book normally isn’t one I’d even look at. I read the first sentence and shivered. By the third paragraph, I was thinking I wouldn’t make it through. But I liked Nix.

Slipping into her world happens as easily as putting on the skins of the ‘dollies’ that she wears when she’s hiding among humans. The line between comedy and horror is a razor edge and very few walk it gracefully. Ms. Reichenbach dances on that razor leaving embarrassed laughter and gasps of horror in her path.

The writing is tight and well-paced, the ending leaves me waiting for number 2 in the series.