The most divisive, hurtful, downright skanky word in the English language isn’t hatred, or prejudice, or anger, it is much, much older and more basic than that. It is the word, them. . .

Coming from the old Norse word ‘theim’ its meaning is literally ‘of them’. The word epitomizes the plight of the other, the exile, the outsider. If you are ‘of them’ are not and can never be ‘of us.’

Every war that has ever been fought, every political movement that has sought gain at the expense of a minority of the population, every high school clique that turned someone’s difference into a reason for exclusion; all started with a ‘them.’ They are not us so its okay to demonize, persecute, tease or bully them.

So, if being ‘the other’ is such a downright nasty position to be stuffed into, why would I take a character and deliberately put them in that position? Force them into the situation of not belonging, not fitting in?

Well, one of the biggest things I try to create in my writing is the sense of connectedness between the writer and the characters. Although they live in an unreal world, I want readers to understand that my characters, even the bad ones, are real people who have been pushed outside their comfort zones and forced to become something new.

Managing that horrible balance between the need to be who you truly are and the risks of stepping out of that self-imposed isolation is something that everyone deals with at some point.

In Exile, Y’keta refuses to blindly follow the expectations of his elders. Because he won’t just shut his beak and be quiet, he is exiled and forced into living among the people of Esquialt knowing that revealing even a hint of who he really is could destroy him. He truly is different, more different than the people of the village can possibly imagine. Will revealing his true nature destroy his chance to find a home? Can he take that chance?

In Guardian, Siann faces a different kind of isolation as she is forced to deal with the darkness within her own nature. She has the power and responsibility she has always wanted but it’s out of control. The price for using her power is terribly high. Conversations stop as she walks by. The little children are frightened by the magic that echoes in her voice. She’s a stranger, a freak in her own home.

Can Y’keta accept his responsibility to the Village? Will Siann control the power within her before it kills again?

The decisions these two outsiders make will change the People’s lives forever. 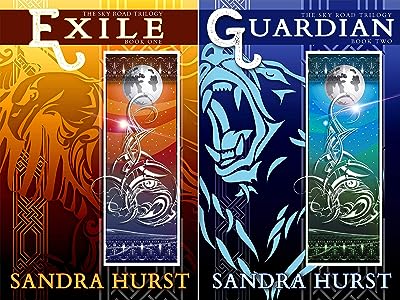